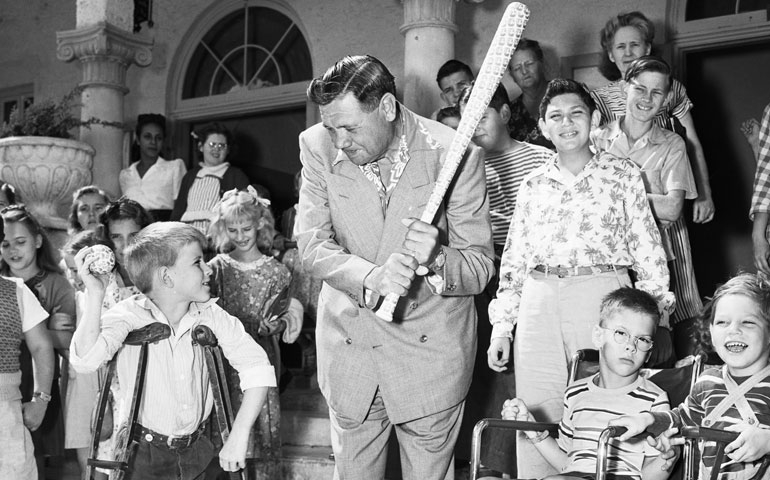 Mandeville, LA – One of the driving forces of the Brotherhood’s yearly work for The Hogs For The Cause is Brother’s love of performing acts of Christian charity but there is an added benefit to this volunteerism for Catholics: Hogs happens during Lent and according to the 1966 USCCB Pastoral Statement On Penance And Abstinence, performing acts of charity for charitable entities is actually called for as an acknowledged Lenten penance!

“For all other weekdays of Lent, we strongly recommend participation in daily Mass and a self-imposed observance of fasting. In the light of grave human needs which weigh on the Christian conscience in all seasons, we urge, particularly during Lent, generosity to local,national, and world programs of sharing of all things needed to translate our duty to penance into a means of implementing the right of the poor to their part in our abundance.”

So, your donations to Hogs For The Cause this Lent actually are part of a reverent Lenten sacrifice and penance AND you’ll be following in the footsteps of baseball’s greatest player, Babe Ruth. Surprised? There is a side of Babe Ruth that the secular world doesn’t speak of because it isn’t convenient to the “fat drunk and stupid” narrative of a hedonist gone wild on baseball riches. The real Babe Ruth, while challenged by gluttony, was a very charitable man and would have made a great member of the Barbacoa Brotherhood!

“So Ruth focused more on helping others. As World War II arrived, he teamed up with the Red Cross and made numerous trips to military hospitals. He also continued to visit countless sick children, long before it became in vogue for superstar athletes. Tellingly, sports journalist Bill Slocum said: “For every picture you see of the Babe in a hospital, he visits fifty without publicity.”

In 1946, Ruth was visiting hospitals for a different reason: an inoperable cancerous tumor in his neck. A regimen of experimental treatment resulted in a dramatic recovery, but it would prove temporary. The sports icon died on Aug. 16, 1948, at the age of 53, leaving behind much of his money to the Babe Ruth Foundation, which focused on helping indigent children. A funeral Mass was held at St. Patrick’s Cathedral on Fifth Avenue in Manhattan, N.Y., where about 75,000 gathered outside: a fittingly massive crowd for one who truly was — in his appetites, achievements and charity — a giant.”

Hours
When the event's rulebook says we can light our pits!
We roll our awesome food every day except on Shabbis!

The Barbacoa Brotherhood welcomes you!